After 1/31/2023, only open for those qualifying for a "Special Open Enrollment" such as involuntary loss of group coverage. 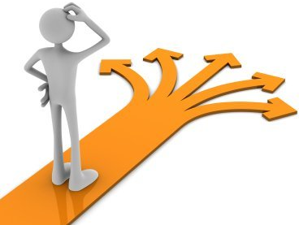 For individuals that need insurance it comes down to six options:

1) Enroll in one of the limited-network individual plans through the health plan finder or a non exchange plan.  All plans listed on the rate calculator.

4) Enroll in a spouse or parent group plan

5)  For low-income, Apple Health, (Medicaid) may be the best choice.

6) Go without insurance and carry a huge risk.

See below for more details on these options

There are only a handful of individual plans left in our state and all have very limited provider networks with tight restrictions.   The costs are high.  Federal subsidies are only available with these plans.

Individual: Rates, Details & How to Enroll

If your income is below a certain threshold, you or your children may qualify for Apple Health.  Use our quick calculator (see individual plans) to see if you might be eligible for Apple.  If so, enroll on the state exchange.

If you are self-employed, you may qualify for a group plan.  If you can qualify, these plans are often less expensive than individual plans, offer a broader selection of benefits and offer greater access to providers.

Share plans are not insurance but they do qualify as Minimum Essential Coverage (MEC) under the Affordable Care Act.  Those enrolled in these "faith-based" plans save significantly over traditional insurance plans.

The "No Insurance" Option

Penalties were repealed!  The ACA penalty for being uninsured were repealed and were no longer assessed beginning with plan year 2019.  However, for those willing to risk going without coverage, the high cost of care can put you in an insurmountable financial position. For instance, the all in cost for minor knee surgery can exceed $15,000, knee replacement $49,000. An appendix removal with hospital stay can cost from $50,000 to $100,000.   The penalty for not having insurance has bankrupted many Americans.

Have a Quick Question? Submit Here
Schedule a Phone or Office Appointment

We are often asked about other solutions.  Here is a quick summary:

Costco Plans:  Costco does not have any unique plans, they have access to the same carriers with the exact same rates and benefits as all brokers.  Costco simply refers members to an out-of-state agency located in Las Vegas, Nevada.  There is no price advantage using the out-of-state agency that Costco refers to.

Association Plans:  Prior to passage of the Affordable Care Act (Obamacare), there were several association plan options with simple qualifications.   Association plans are now severely limited and are only available to groups in certain industries.   We are often asked, "can't a bunch of us get together and get a group or association plan?"   Group plans are only for those with an employer/employee relationship.  Due to regulatory restrictions, association plans for individuals don't exist.

Short-Term Plans: By definition, these plans are designed to solve a solution for the short-term, such as those needing coverage in-between jobs.  The maximum term is generally three-months, with some plans having renewal options.  WA State made these plans illegal to purchase during the open enrollment period (Nov. 1 – Dec. 15) as to encourage enrollment in individual plans. If you need coverage for a January 2020 effective date or after we can assist in enrolling you between the dates of 12/16/19 and 10/31/2020.

Across State Lines:  There has been misinformation in the news about Trump's executive order allowing people to save money by purchasing plans across state lines.  None of the changes would take effect immediately, and would require new regulations from the Labor, Health and Treasury departments to take effect. Then based on those rules, carriers could create plans to take advantage of this opportunity.   If these become available, we would likely not have access to any of these plans until 2020 or later.

Obamacare Plans:  There is a lot of confusion about this.  Obamacare refers to the Affordable Care Act (ACA).  This law impacts states and carriers in many ways as to how plans are sold and what benefits must be included.  There are not actual "Obamacare Plans" that anyone can enroll in but the law did expand the state Medicaid enrollment (Apple Health).   It also led to the creation of the state exchanges where individuals can enroll with private carriers through the online portal and perhaps receive a subsidy.  But there is no actual "Obamacare Plan" anywhere in the country that someone can enroll in.